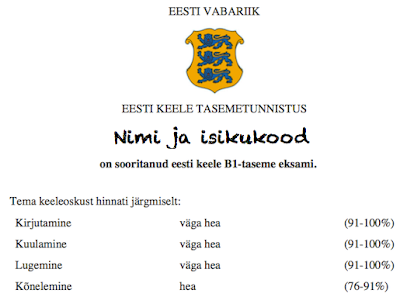 Tema keeleoskust hinnati järgmiselt.
Their language ability was evaluated as follows.
Posted by S at 11:53 AM